When the boundary between me and my surroundings blurs, we can understand that it becomes difficult to distinguish between external stimuli (sensory impressions such as sounds, visual impressions and smells) and that a person can believe that he/she sees, hears, smells or tastes something that is not there. The most common can be someone actually hear their own thoughts as voices that others can’t hear; one’s own thoughts sound like voices inside their heads or like voices from the outside. 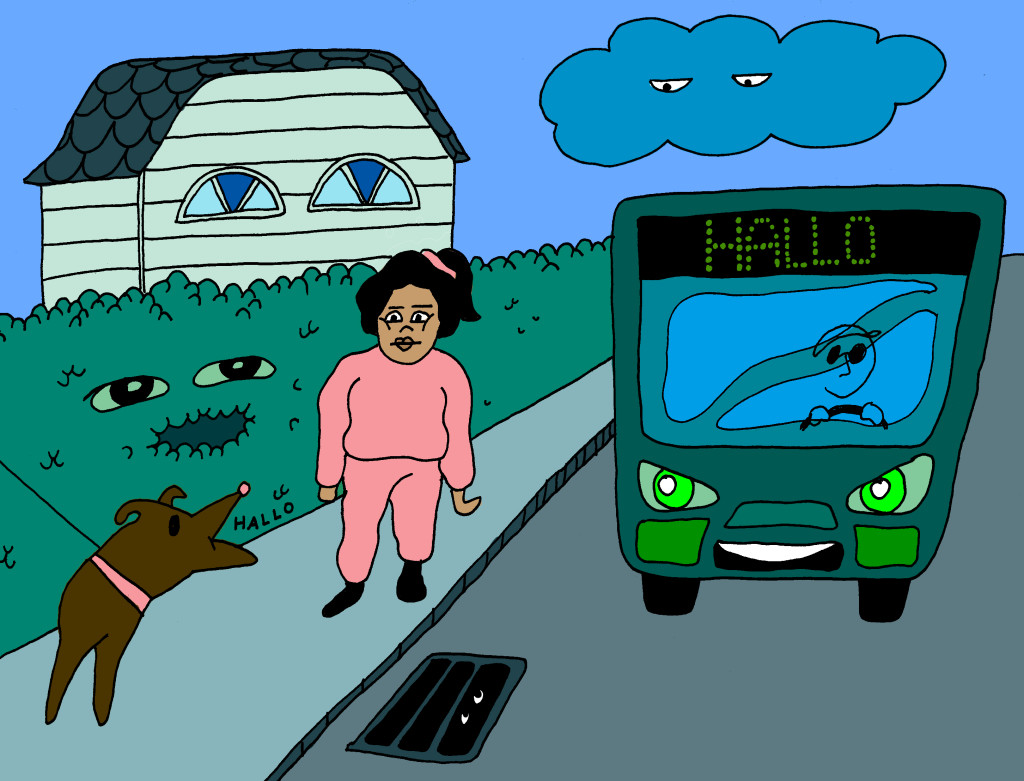 It has been proved that those who “hear voices” actually hear voices.* Sometimes people who have thought disorders experience the thoughts they are thinking as not their own. It is only a short step to assume that something or someone else is thinking the thoughts for them. Try thinking a thought that is not your own! It may sound as if someone is talking to you! A number of those who develop psychoses experience hearing voices. Often in the beginning or for periods (e.g. in the evening) they will experience these “voices” as their own thoughts, but gradually they will have such experiences most of the time.

The “voices” may be nagging, insulting or funny. They can ask one to do particular things, comment (often critically) on what one is doing, or repeat one’s thoughts aloud. Many call to the voices or laugh at the funny comments they hear.

“The voices snarl about how worthless she is… they even make sarcastic comments about what she puts on when getting dressed in the morning.”

Some people only hear voices occasionally, others almost constantly. Whereas the voices are unpleasant for most people, for some they may offer friendship and reassurance.

Seeing things that are not there (visual hallucinations) are less common. This happens most often when the psychosis is caused by drug abuse. Gustatory (taste) and olfactory (smell) hallucinations can arise, so that what appears to be a strange taste in food may lead persons who feel paranoid to believe that they are being poisoned. Tactile (touch) hallucinations also occur.

Hallucinations are often experienced as real to the person who has them and as a rule are completely accepted. For that reason it is not surprising that they can lead to mental imbalance and worry.

Hallucinations also tend to develop gradually, from incipient uncertainty to firm conviction. And when improvement comes, it will also be gradual.

Symptoms and signs of psychosis